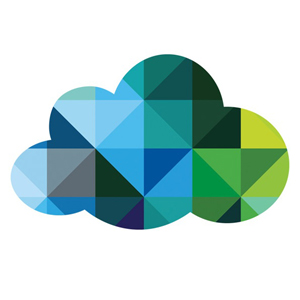 There are a millions upon millions (maybe not that many) resources out there offering help and advice on how to study for your VCP-IaaS or VCP-Cloud and for my own personal sanity I’ve decided to list the ones I’m using at the moment for my VCP-IaaS study.

Having recently purchased an iPad mini I’m all over the eBooks and one of my recent purchases was the VMware VCloud Architecture Toolkit (vCAT) from Amazon from £8. This book contains validated VMware designs, tools, and best practices for architecting, implementing, operating, and using vCloud-based Infrastructure as a Service solutions. It’s essential for any vCloud administrator and has proved to be an invaluable resource so far.

Coming soon from VMware Press is the VCP-Cloud Official Cert Guide from VMware Press. It’s due out in October 2013 and like the other official cert guides will be following the blueprint helping you get a better understanding of what you’ll need to know to pass the exam.

Next up is Trainsignal. I’m already VCP certified so I only need to pass the VCP-IaaS exam and so I’m following David Davis excellent video series, VMware vCloud Director Essentials. It covers everything you need to know about installing, configuring and administering vCloud Director and if you’re getting a bit stuck on the networking aspect then this has some excellent videos designed to make things a little clearer.

David references a couple of blog posts when it comes to vCD networking. First up is, of course, Duncan Eppings always concise three part guide. It goes quite deep but is still easy to follow and has some handy diagrams to help you visualise things. Also on the Trainsignal video David mentions a very thorough walk through by Massimo called vCloud Networking for Dummies over on it20.info – highly recommended.

Next up is Kendrick Coleman’s guide to setting up vCloud networking from start to finish. This is without doubt one of the most complete guides out there and will take you through each step. Quite rightly, he states that if you can understand vCloud networking then the rest is pretty easy. I must admit I’ve managed to get my head around pretty much most of vCloud Director but it’s the networking causing me some hassles. Hopefully these guides will help you as much as they’ve helped me.

One other source I’ve come across recently is this 4 part guide written by David Hill on Virtual-blog. It’s in plain English and is one resource I’ve kept coming back to time and time again.

Of course, as awesome as these posts are they’ll serve you better if you have a lab built. Luckily for you that’s exactly what Chris Wahl can help you out with in this post over on YouTube:

VMware also has a handy 15 minute video on how to install vCloud Director 1.5:

And Marek Zdrojewski has a 20 part walk through on installing all aspects of vCloud over on his blog.

If it’s study notes you’re after then you’ll probably going to need Shane Williford‘s VCP-IaaS Study Notes PDF in your arsenal. I have this at hand and downloaded on the iPad and has proven to be yet another fantastic resource.

And finally if you have an account with VMware’s Hands On Labs then there’s two labs you need to practice with. HOL-INF-06 will help you set-up an IAAS environment, using vCloud Director 5.1 and HOL-INF-07 will help you learn the fundamentals of software defined networking using vCloud Networking and Security. Both absolutely awesome labs.

So there you go. Whilst this isn’t an exhaustive list by any means it should help as a starting point for anyone looking to begin their VCP-IaaS study.